The healing power of sound. 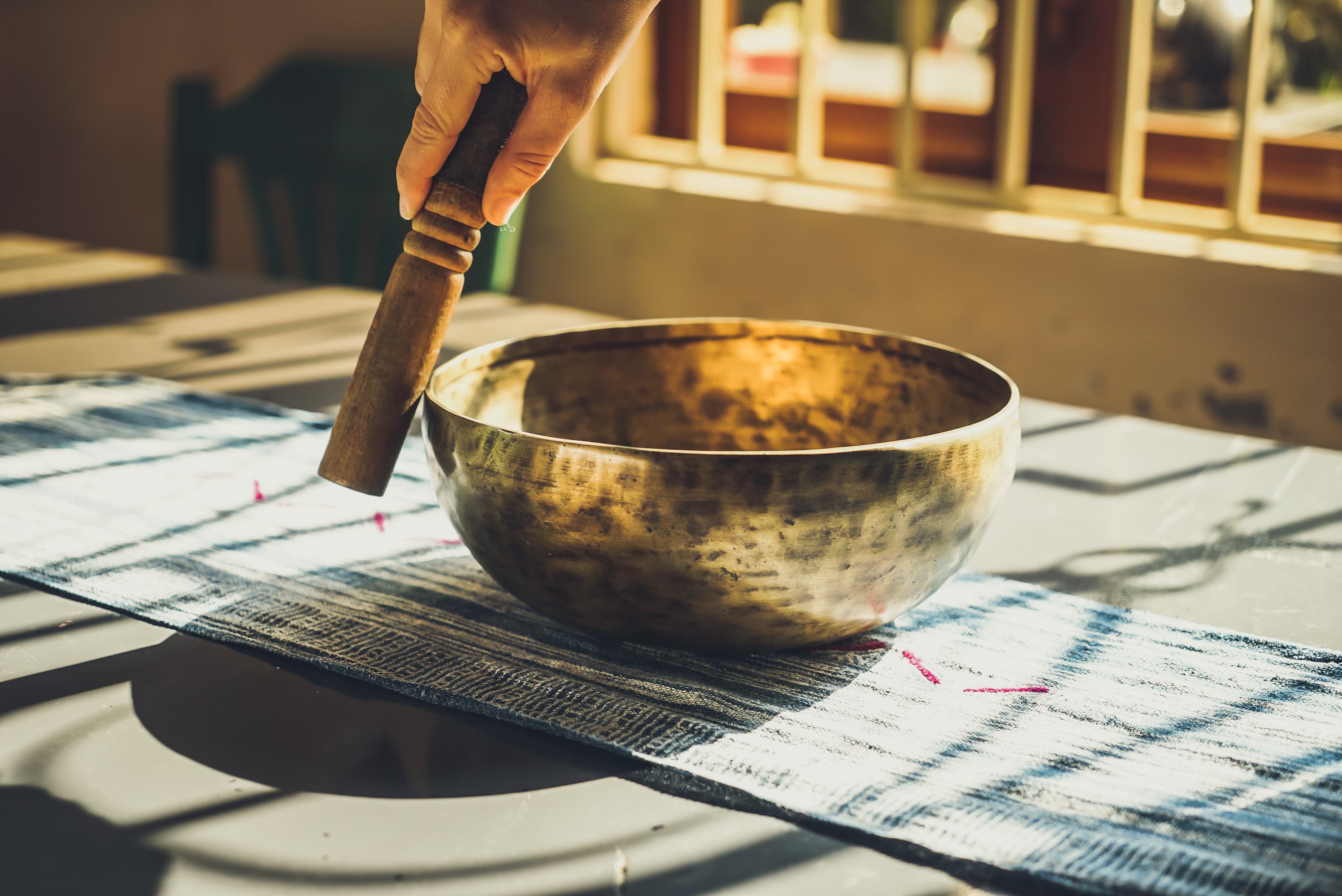 Humans have a deep, emotional connection to sound. Music can make our hearts rejoice, it can make us angry, it can calm us down, or make us feel immense sorrow. You’ve experienced this yourself: horror movie music makes your pulse quicken and blood pressure rise, while lullabies and spa music have the opposite effect.

Though not yet fully accepted and adopted by mainstream medicine, tremendous evidence tells us that sound also heals; it goes far beyond changing our emotions--it changes our biology.

According to a 2016 study on Tibetan singing bowls, which have been used for centuries in conjunction with meditation to produce a calming, low-frequency tone, certain frequencies reduce anxiety, tension, anger, and feelings of sadness.

Several global studies tell us that people who are regularly exposed to particular frequencies report lower stress levels, improved healing, and a decrease in physical pain.

Lee Bartel, a professor Emeritus at University of Toronto’s faculty of music, has conducted numerous studies on sound for healing. She has studied its therapeutic benefits for people with conditions ranging from fibromyalgia to Alzheimer’s disease.

He uses a vibroacoustic treatment with a 40 Hz frequency on research participants, administered for 30 minutes twice a week. In Alzheimer’s patients, this treatment is associated with a 13% increase in cognitive ability. It reduces pain in patients with fibromyalgia, and it boosts mood and improves reaction times for people with depression.

Sound therapy is so appealing not only because of its impact, but also because it’s one of the few risk free treatments available. It’s inexpensive and doesn’t have any risk for negative side effects, so if it doesn’t help you with your condition, it at least doesn’t hurt you in any way as so many modern medications are prone to do.

Heidi Ahonen also studies sound therapy, and was astounded by the results in one of her patients with advanced Alzheimer’s: “Her husband came to visit while she was sitting on the chair (and receiving treatment). He was crying and he told me that it was the first time his wife had recognized him in several years. They were able to have a conversation.”

Results like this tell us there’s clearly something there when it comes to sound therapy. The great thing about emerging treatments like this: they’re extremely accessible and low risk in a way most treatments can’t be. You can go on youtube and find “healing” frequencies to try it for yourself!